SPIRIT conceptualised and INDAT constructed a virtual prototype of a completely new train model to showcase the design achievements. A neutral train model was developed in coordination with PIVOT, which is a hybrid between a commuter train and an inter-regional train. It consists of two carriages, each having a driver cabin at the end/front. To give it a realistic and appealing design, several train interior elements and modules were designed.

Overview of virtual prototype © Spirit Design – Innovation and Brand GmbH
The design concept of the Innovative Driver's Cabin is based on new stakeholder demands from manufacturers, operators, train personal and passengers. Ongoing and accelerating technological advancements towards the fully automated train operation (ATO) offers new possibilities for functional design for train drivers and passengers alike. The two resulting modes “passenger mode” and “driver mode” are based on the possibilities which are offered by  Grade of Automation (GoA) Level 2 & 3: The virtual prototype was designed to showcase the functionalities which enable the two main scenarios of WP8. In “passenger mode” the cabin offers an extension of the conventional passenger cabin, where people can move freely into the driver cabin. Therefore, a glass door can be unlocked and opened completely. 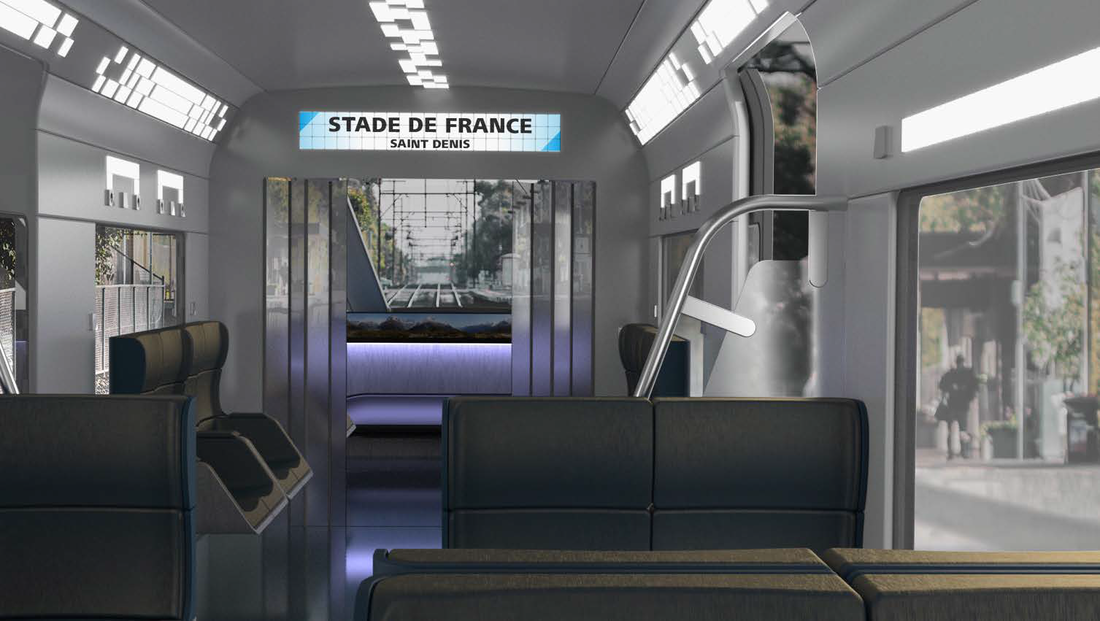 Virtual prototype view from passenger cabin into Innovative Driver’s Cabin © Spirit Design – Innovation and Brand GmbH
To illustrate the different set-ups of the innovative Plug & Play system developed in WP6 and the versatile options of applications, different interior scenarios were conceptualised and designed in the virtual prototype (see figures above).
Read further articles