Standardisation of composites and dissimilar joints for the use in train carbodies
Mat4Rail's and PIVOT's first steps towards standardisation
Mat4Rail, organised hand in hand with PIVOT the first stakeholder board meeting on standardisation of composites and joints in railway,held at the Spanish Railway Foundation, in Madrid in February 2019. The meeting was co-organised by Talgo and CIDETEC, and members of PIVOT, Mat4Rail as well as external advisors of CEN, the European Committee for Standardization.

The PIVOT project was represented by the work package (WP) leaders Eduardo de la Guerra from Talgo, Carlos Eraso from Aernnova, and Thierry Mointagné from Faiveley/Wabtec. Mat4Rail was represented by the project coordinator, Elena Jubete from CIDETEC, Markus Brede from the University of Bremen, Roland Rennert from IMADresden and Johan Sandström, from RISE. As for external consultants, both projects counted on the feedback of Geoff Matter-Chairman of the CEN TC 256 SC 2 Rolling Stock products, as well as Andreas Gross-from Fraunhofer IFAM responsible for the working Group 52 “Adhesive bonding in Railway” in the TC256. 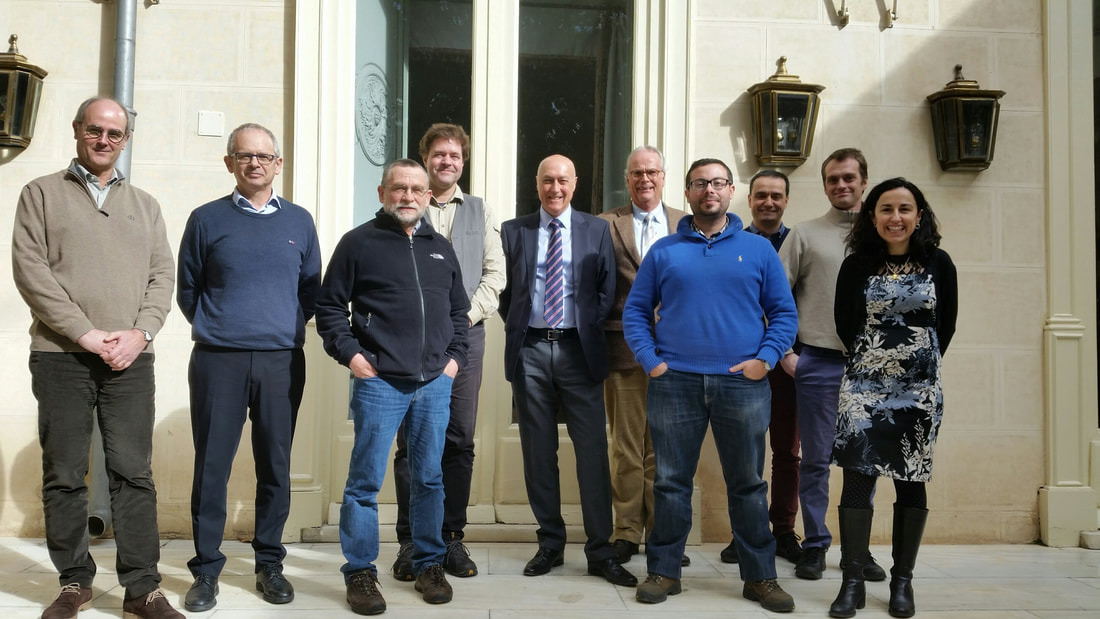 Members of the Mat4Rail/PIVOT stakeholder board on standardisation, including European Standardisation Committee (CEN) representatives and project members of both projects
In addition to presenting the current results of both projects, in the field of new composites and joints for the railway sector, the productive event served to reach two important commitments:

On the one hand both Mat4Rail and PIVOT committed to participate actively in a new standardization group within the CEN TC256 Committee for the implementation and approval of new materials in railway. The first meeting of this Working Group was held on 21st of February in Brussels with participation of representatives from both projects.

On the other hand, the representatives of CEN pledged to share with Mat4Rail and PIVOT a new standard for the development within the Working Group 52, of adhesive unions for the railway sector. It is the so-called standard in WI 000256799 “Adhesive bonding of rail vehicles and parts”. CEN representatives will ensure that Mat4Rail and PIVOT have the opportunity to comment on the draft and incorporate the results derived from both projects before the final publication of this standard.

Congratulations to the members of Mat4Rail and PIVOT both for the active collaboration between the two complementary Shift2Rail projects and the effort shown in order to achieve results of their projects that serve to create new standards which contemplate the use of composite and adhesive joints for the carbody.